Ended up with 7" of snowfall yesterday with 15" on the ground. Low of -9F this morning. Currently up to -3F.

Winter was ushered in with a bang this morning in Idaho Falls with a temp of 10 and wind gusts to 45 mph (wind chill around -12). Moderate snow at the same time led to a period of blizzard conditions.

Been quite chilly and snowy in Denver the last few days.

Winter was ushered in with a bang this morning in Idaho Falls with a temp of 10 and wind gusts to 45 mph (wind chill around -12). Moderate snow at the same time led to a period of blizzard conditions.

Snow adds moisture to the air. Dry nights can get colder.

Snow adds moisture to the air. Dry nights can get colder.


Are you related to John Madden?

Apparently I'm a weather stat addict. Instead of sleeping I've been watching the temperatures fall and seeing records broken in various areas.

DEN hit 3 this morning, which ties the monthly record. They should easily break that tonight/tomorrow, unless winds really pick up.

They're currently 17 under full sunshine, at 2 pm on October 30. Unreal.

I think a lot of places hit their all time October record.

Here are the ones I know of, but I'm sure there are a lot more:

I think a lot of places hit their all time October record.

Here are the ones I know of, but I'm sure there are a lot more:

You can add Bozeman Airport (-14) and Livingston MT (-12) to that all time October list as well.

The official high in Craig was only 11.  I believe the previous lowest high temperature was 18.

It's already -8 (8:20 PM), so unless the wind picks up or something the impressive monthly record that was set this morning is going to be broken.

We're a full 16 degrees colder than the same time last night.   If the temperature continues to drop, we could make it into the -20s.

Check out State Summary for Alaska today.    The coldest place in Alaska today was 13.   The warmest was 52.  That also means that the high temperature here in Craig was colder than the lowest temperature in Alaska.

The high of 19 for DEN was a new record cold max for October.

The high of 19 for DEN was a new record cold max for October.

Colorado Springs' high of 13 was also a record cold max.  I assume there was probably more too.


At the official weather station, the temperature is currently -11 so this morning's record is already history.

It was -14 again at the Bozeman Airport yesterday morning. Coldest October on record already a lock there. Record keeping began in 1941.

It looks like the Bozeman MSU station will go down as the 3rd coldest October on record behind 1919 and just behind 1925.

The breeze picked up at night so the temperature didn't drop below -12 at the official station.   It was still the October record though.

Snowing here again... Expecting 1-3" tonight. Roads didn't even have a chance to melt off with all the cold. In fact, we haven't been above freezing since Saturday early morning.

Looks like we'll get a nice warmup this weekend though.

Still solid snow cover around the neighborhood, with temps remaining well below normal. Low 40s this afternoon, which is the warmest day this week.

Been really weird to experience what would be a cold week in mid winter, in late October/early November. I've never seen frozen ponds this early.

Are you writing discussions yet?

Sometimes I help but at the beginning they make you do a bunch of training. It will take months to finish it.

There were some days last month where Utqiagvik (Barrow) was warmer than Denver.

October 2019 ended up 7.2 degrees colder than normal at DEN, the 4th coldest October on record.

Two of the top four coldest Octobers have been set since 2009 (2009 was second coldest on record).

Freezing drizzle and FOG has moved in.

76 in Denver today. That's quite warm for November.

61 at the Bozeman Airport and 58 in my yard today out ahead of the cold front. Pretty warm but not quite record breaking.

Cold front should drop 2-4" of snowfall tomorrow afternoon with quickly falling temps into the teens.

Hit 77 at DEN today. In record territory for this time of year, but short of the record of 81 from 2006...which also happens to be the all-time November high.

First time the airport has actually reported heavy snow this season if I’m not mistaken.

First time the airport has actually reported heavy snow this season if I’m not mistaken. 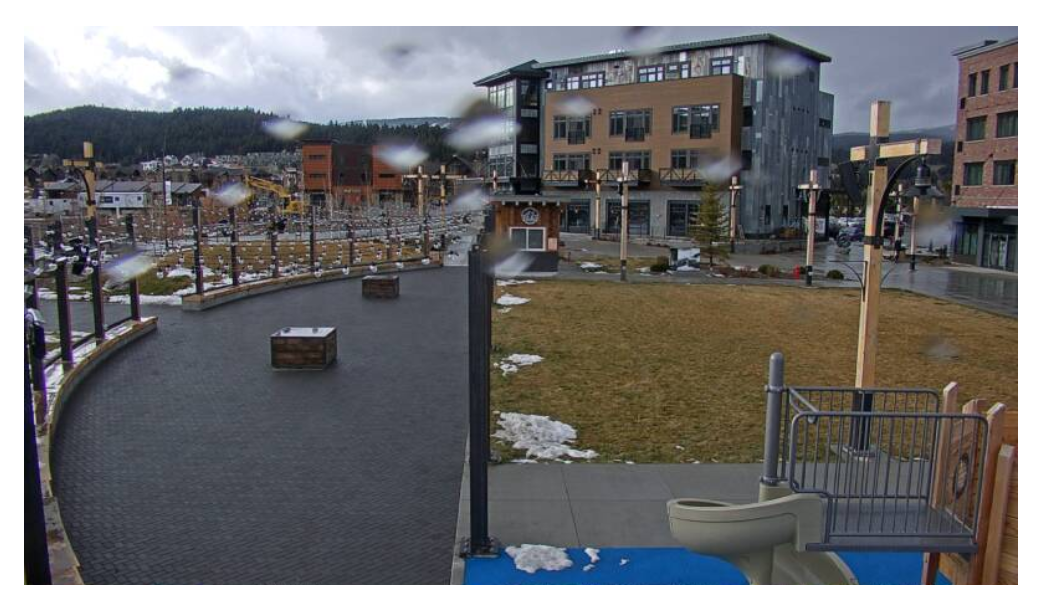 This is Bozeman right now.

This is Bozeman right now.

Ahhh... good to know. I always thought that was Bozeman.

Denver waits one more day for it.

Ended up with 2" of snowfall yesterday. Dropped down to 3F this morning. Currently 9F.

Looks like a Coop in Havre dropped down to -30F this morning.

Ended up with 2" of snowfall yesterday. Dropped down to 3F this morning. Currently 9F.

Looks like a Coop in Havre dropped down to -30F this morning.

Nothing but blue skies and sunshine in Western Colorado.

Ended up with a 23F/3F day here today. Forecast high was nearly 40 degrees so the models really underestimated the depth of the cold air with this little clipper. Currently 14F.

Looks like we warm to around average for the rest of the week with a few snow showers tomorrow night.

After an exciting October, November weather in Colorado has been incredibly boring.

After an exciting October, November weather in Colorado has been incredibly boring.


Looks to change soon, though.

Picked up 2" of snowfall here last night with the front. Been a pretty boring couple of weeks up until then. Currently 28F.

Big pattern change coming Sunday of course. Cold is a given, snow amounts are all over the place right now so we'll see what happens there. Either way, below zero temps look to return by later next week.

About 2" so far tonight, after freezing drizzle and flurries all day.

Woke up to 4" on the ground. 6.5" so far for the month, with another shot at snow early next week.

Woke up to 4" on the ground. 6.5" so far for the month, with another shot at snow early next week.


Not even meteorological winter yet.

Looking like a major storm for the Front Range Monday night through Tuesday. GFS is showing close to a foot here.

Looking like a major storm for the Front Range Monday night through Tuesday. GFS is showing close to a foot here.

You guys are going to get nailed once the Tuesday low over here in OR pulls out.

.A winter storm will strengthen as it moves over the mountains
and across northeastern Colorado and neighboring states tonight
into Tuesday. A large area of heavy snow is likely from the
northern Colorado and southern Wyoming mountains eastward into
western Nebraska and northwest Kansas. The heavy snow will begin
in the northern mountains of Colorado this afternoon and spread
southeast to the Fort Collins and Denver area during the evening,
and then across the rest of northeast Colorado overnight. The snow
will end from west to east during the day Tuesday. The heaviest
snow is expected tonight in areas north and northwest of Denver,
and Tuesday morning from Denver eastward across the plains and in
the foothills west and southwest of Denver.

This storm will cause significant travel difficulties due to the
amount of snowfall. A widespread area with a foot or more of snow
is expected from the Denver metro area and highway 36 on the
plains northward into Wyoming and the Nebraska panhandle.
Conditions will deteriorate Monday evening from Denver northward
and overnight on the eastern plains. The worst conditions will be
Tuesday morning, when very heavy snow is likely around Denver and
winds will be increasing on the plains. Winds will increase on
Tuesday, with gusts to 30 mph near the mountains and 40 mph on the
plains. There will be some drifting of snow in rural areas, and
near blizzard conditions are possible east of Fort Morgan and
Deer Trail during the day Tuesday. Conditions will improve from
west to east Tuesday afternoon as the snow moves eastward and
winds decrease late in the day.

People planning travel in northeastern Colorado tonight or
Tuesday should consider traveling today or waiting until the storm
passes. Travel may become impossible across the I-25 urban
corridor and across the plains from I-70 northward by Tuesday
morning, including unplowed city streets with a foot of new snow
on them. You should have what you need for a day at home on
Tuesday.

* WHEN...Snow will develop this evening and will become heavy by
late evening. The heavy snow will continue into Tuesday morning,
then diminish.

* IMPACTS...Travel will become very difficult to impossible
tonight. This may occur in areas north of Denver and near the
foothills by mid evening, and will be a bit later across the
rest of the area. Road closures and impassable side streets and
rural roads are likely.

Now it's restarted up in earnest...expecting 1-2" hour rates in heavy banding for much of the overnight period.

I'm up in Canmore, AB this week but it looks like 1-2" fell overnight in Bozeman.

This isn't going to be a great pattern for Bozeman (too much mtn precip shadow) but the Thursday/Friday period looks to still bring 3-6", possibly more.

Snow is winding down now, but it looks like 2-3' for the foothills west of Boulder and Fort Collins. Several stations in Boulder itself reported 20-22".

I'm right at a foot. Looks like 8-16" ended up being a good call for most of Denver metro.

Over performing snow up here in Canmore today. (does it follow me??)

Already a fresh 4-5" on the ground and could see another 4-6" by tomorrow night.