It's starting to look like the models may be converging on a developing winter storm later this week.  A complex situation is evolving where we have 2 pieces of energy potentially phasing somewhere across the MW and wrapping up into a potent storm system with arctic air in toe.

So, we have the Euro, which has been steadfast in ejecting a closed off ULL from the desert SW into the S Plains/MW while a northern piece drives south into the Upper MW/Plains.  Confidence in this particular is solution is growing as we have the GFS and other models starting to latch onto this idea.

I can't help but think back to earlier this week when we had a similar storm track up from the deep south Gulf states and up into the App's.  It's been one of the dominant storm tracks since way back in October where we have lacked any cold air to tap.  Is it finally going to change this go-around???  The 00z GEFS animation below looks like a golden track for those in the MW/Lower Lakes region.

This map off the 00z EPS is a classic illustration of a direct arctic air connection from the North Pole into the CONUS....it's nice to see for a moment the block over the Pole.

Once the system departs, there will be an impressive shot of arctic air....possibly the seasons coldest which will likely ignite the GL's.  Some of the models have a significant backside LES potential for those in MI.  Lot's of moving parts with this storm and an interesting system to track.

Last night's 00z GEFS/EPS took a big step towards a wrapped up storm cutting up the OHV....

A Navy Chief said, "Never change your forecast. That way you can only be wrong once."

Doesn’t look good once again. Just not the year for a good wound up GL storm.

I don’t know about those accumulations that high on some models, temps are forecasted to be 32-35 while this storm tracks NE.

12z NAM has the storm falling Tuesday night in KC, that would help accumulations. Temps on this run still warm, 32-34 at night!!

Shows 3-4 inches for most of MO on this run.

Wow..this storm looks like a really good hit for SEMI. Still couple days away, but it looks impressive, especially w a great track.

CMC gives a little hope in mby, but need some colder temps. 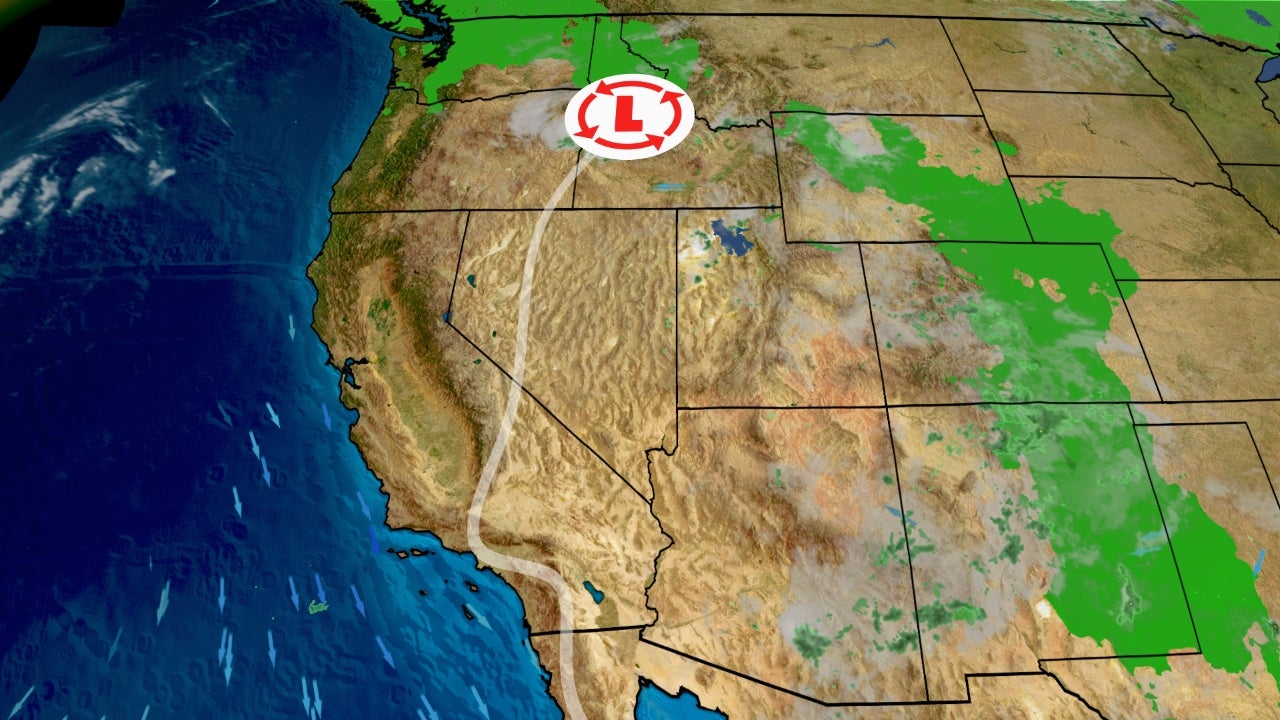 Euro is holding fairly steady, with a bit of a south drift.

A more complex and possibly impactful pattern evolution emerges
within the late Wednesday through Thursday periods. The forecast
details derived from this evolution largely governed by how a closed
low fixated over the southwest conus ejects northeast and the degree
this system interacts or phases with amplifying northern stream
energy. Model solution space unsurprisingly unsettled and quite
sensitive to degree of pv interaction, lending to a lower confidence
forecast for this period. With that said, worth acknowledging the
potential for a meaningful accumulating snowfall, resulting from an
initial period of mid level warm air advection and/or a deeper mid
level dynamic response. There does seem to be general model
consensus for the northern stream system to carry more of an arctic
flavor - currently projected to bring 850 mb temperatures below
-20C by Friday morning.

Alot can, and always does change between now and then. Keep our fingers crossed.  We need a good one!

18z GFS is warmer and much flatter,

Hope something trends toward a pleasant surprise for you folks up there.

CMC gives a little hope in mby, but need some colder temps.

Hope something trends toward a pleasant surprise for you folks up there.

I appreciate that OKwx. If we are struggling to be cold enough, it goes without saying this isn't the winter you were hoping for!

I appreciate that OKwx. If we are struggling to be cold enough, it goes without saying this isn't the winter you were hoping for!

I know it buddy. It's all good though. I've just had to find other things to focus on this year or I'll get frustrated.

I gripe and complain like everyone else does, but "this, too, shall pass". Winters will come back here. Trends still say sooner rather than later so after 5 years, what's one more? Lol.

Not the winter most us were hoping for. Except I think MN and parts of IA have done well.

We need this to phase w the northern energy, otherwise, it will be no good. Timing is everything.

00z Euro has expanded the show nw, but it's weak.

While there is some consistency among the models of trying to phase both streams, the trough being positively tilted is keeping this from becoming a major storm.  Nonetheless, looks like another "stat" padder is in the works.

NAM is a little quicker with the cold air and makes all the difference.

06Z Euro trying to phase a tad more-- but too far E for many members. But Windy City , MI peeps do decent.

Has big hit potential for ya bud.

3km NAM sure wish this snow would fall at night.

Has big hit potential for ya bud.

Otherwise, it will be another small event.

Otherwise, it will be another small event.

Sure would be nice if this could phase just a touch quicker.

12z ICON looks good for many

Back to The Great Lakes and Great Plains