The climate along the Alaska Highaway (AKA Alcan)

It's really interesting how the places with really cold winters tend to have the warmest summers.

Glacier, you've inspired me. I added elevation as well since the route is mainly west-east. On long car trips this is the route I most often take. 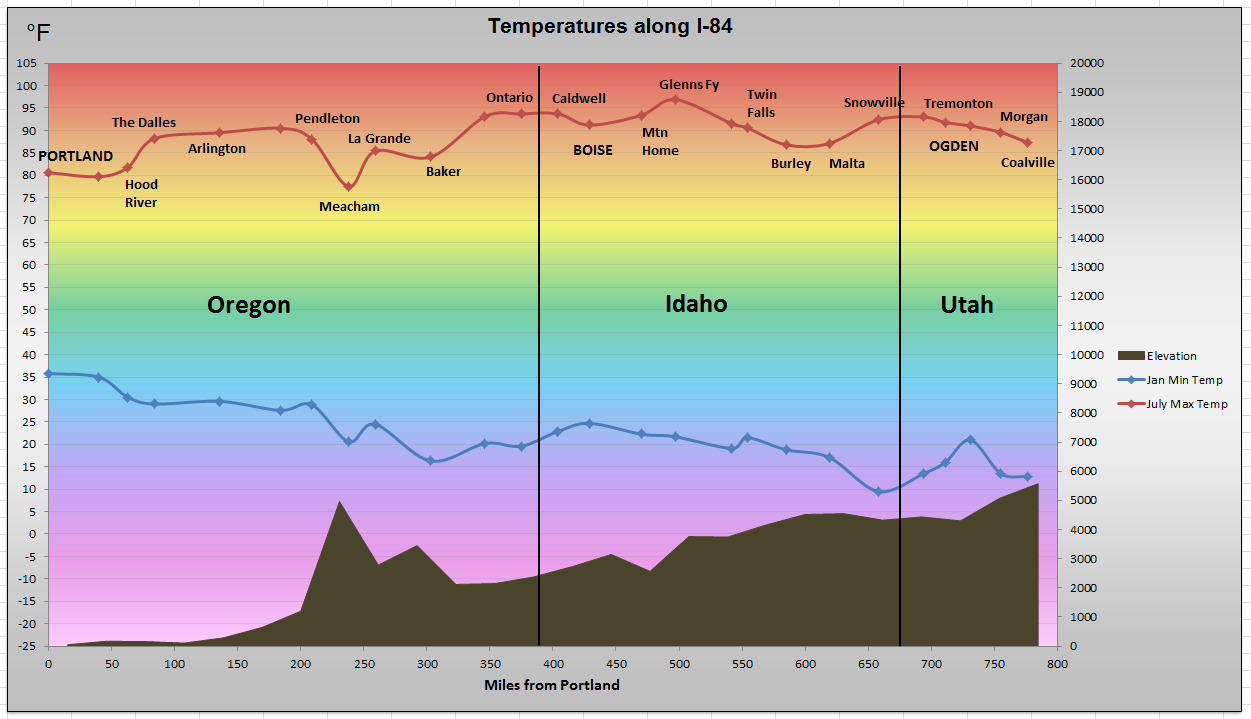 Very nice graph, I will have to update my graph in the future to include elevation.

I've driven the Alaska highway 3 times, well 6 times for the 12 mile section between Tok, AK and Tetlin Junction (because I had to come home again), which is why I chose this highway. Another reason is that in the north the low spots mean hotter summers and colder winters. The point where this occurs seems to be around 54 degrees North. South of there, the inversions don't happen enough to actually make the inverted averages in the winter.

Here's another interesting thing that I can't seem to explain. The place with the warmest summers in the Yukon is Mayo, and it's quite far north. Whitehorse, Teslin, Faro, Beaver Creek, and Watson Lake  are all quite a bit further south, though 100 to 200 meters higher in elevation. Even places with lower elevations further south like the Pelly Ranch are cooler in the summer.

On that note, it seems like cold summer nights peak around 52N. Once you get north of that, the long hours of light keep the temperatures up at night so any cooling the average is greatly reduced, and only continue to get cooler on account of cooler daytime temperatures. Here in BC the only places to get frost in July of this year were in the 51.5N to 54N range.

Here's another graph showing the average temperatures along highway 97 from Osoyoos (at the Washington State border) to Watson Lake at the Yukon border (notice that at a certain point the temperature stops getting colder as you go north but the winter temperature does not)...

Back to Weather Around the World