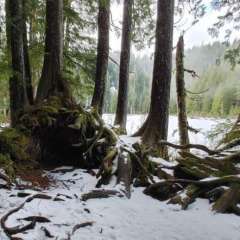 I could have done better with the imaging part of the deal, but the experience was amazing.  The temperature dropped 10 degrees, from 72 to 62.  Owls hooted; crickets chirped. No traffic on the way to

A couple of pictures from the eclipse in Antelope, Oregon yesterday.  Pictures and words can't do the experience justice.   Watching the last light fade and darkness envelope you, yet sunset in every

Totality just west of the Tetons out this way. As Jesse mentioned, if you have a chance to see another totality, DO IT! Such a surreal amazing experience!   Had a substantial temp drop in the totality