Westerns Take on the Buffalo Snow Event of 2014 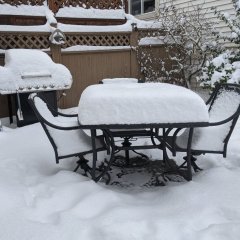 Mallow posted on Facebook that he was driving up to Buffalo tonight to witness this. If I lived within 10 hours I probably would as well.

Absolutely insane pictures from Eastern. The fact that there was no snow there 48 hours ago is just ridiculous.         http://i57.tinypic.com/2zybzf8.png   http://i59.tinypic.com/orjiwx.png

Wow...ugh I want some of that