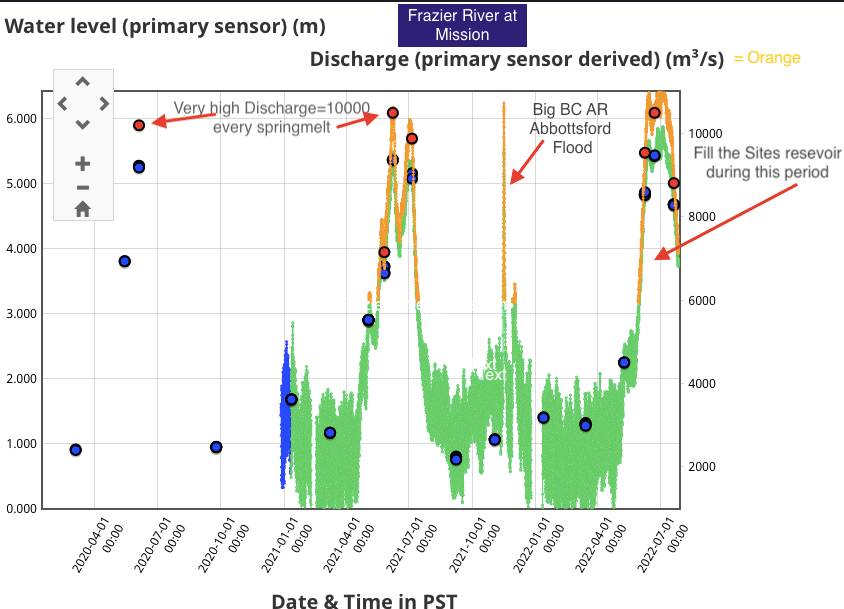 California aqueduct pipe flow at the Edmonton pumps is 450 cubic meters each second (33000+ gallons/sec) over the Tehacthape and down to SoCal. 450m cubed /second. The peak flow of the Frazier river in spring melt -late june early July -is 10,000 cubic meters per second. An aqueduct that took 10% of Frazier peak flow (1000 cubic meters a second) and routed it to the top of the Sacramento would be twice the California State Water flow over the Tehacthape. During the short period of maximum flow- perhaps an average of 45 days - the storage lakes of California could be charged. The soon to be new Sites reservoir could be filled annually.  Considering the high cost of water for California, Canada would like to sell water to California. Once the water starts flowing the price will drop and make aqueduct costs competitive with desalinaztion. Pumped hydro storage will be used to make operation more efficient. The Frazer river is the only alternate to Columbia river water and is studied only because the folks in the Columbia basin are absolutely adamant about not selling to California. Strange isn’t it how far apart Americans really are.

So Just How Big IS the Universe? 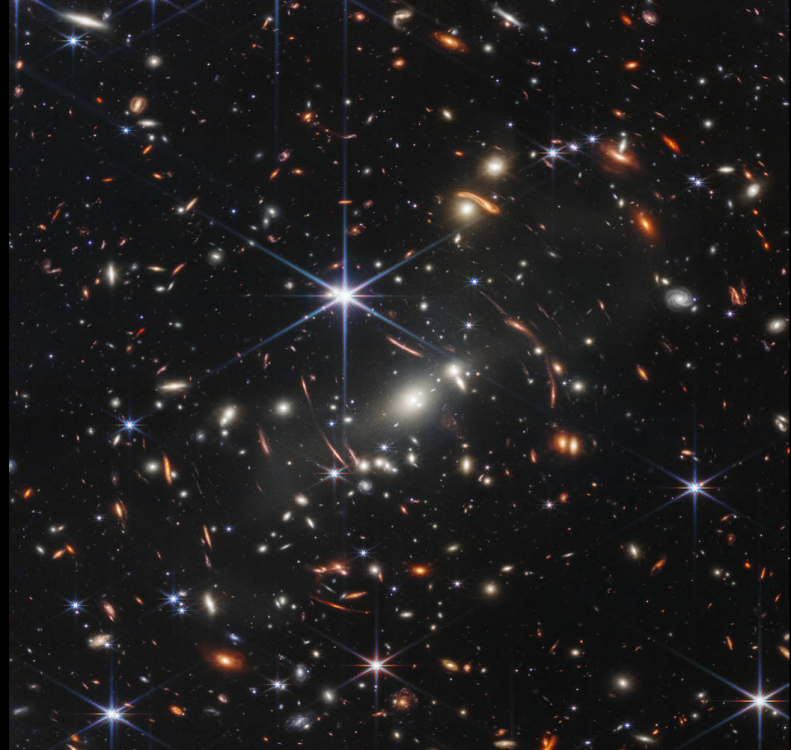 “If you held a grain of sand on the tip of your finger at arm’s length, that is the part of the universe that you’re seeing (in Webb image)  — just one little speck of the universe.”

Why Worry About Vulture Apocalypse?

Collapse could lead to spread of diseases world wide.

A catastrophic decline of vulture populations in Africa and Asia is causing alarm among researchers, who fear that a “cascade” effect could lead to the spread of deadly old and new diseases, including plague, anthrax, and rabies.

“They’re at the top of the food pyramid,” Mr Murn added. “They’re really good indicators of what’s happening in the ecosystem at large. I think biodiversity is a bit like a blanket that keeps humans warm. Each thread is like a species or interaction between species. You can take one out and you'll still have a blanket. But eventually, that blanket is going to fall to pieces.”

Portal by DevFuse · Based on IP.Board Portal by IPS
×
×