Will Portland, OR reach 110ºF in the near future? 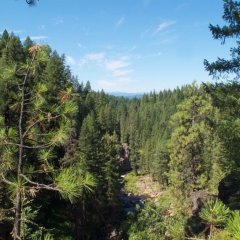 By Omegaraptor
November 25, 2018 in West of the Rockies

Just found this thread... Shows how unthinkable widespread readings in the mid-110s West of the Cascades was.

We should also make a thread on what the longest stretches of 90 degree days (consecutive) are in each city. Maybe also include east side cities, Pendleton/Bend/Klamath Falls/Spokane/Yakima. In 2

Here's the data for a bunch of climate sites, if this belongs in another thread I can move it there: Portland: 10 days from July 25th to August 3rd, 2009 Salem: 13 days from July 29th to Aug