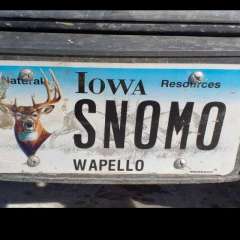 Surprisingly  I have 2.5" on elevated  surfaces like the patio chairs.  Very little  stuck on pavement  surfaces. But northern  part of Wapello  county maybe a inch on some parking lots. Otherwise  we