By Chewbacca Defense
May 23 in West of the Rockies

Nice day!* *The opinions expressed in this publication are those of the authors. They do not purport to reflect the opinions or views of The Weather Forums (TWF) or its members. The designations employed in this publication and the presentation of material therein do not imply the expression of any opinion whatsoever on the part of TWF concerning the atmospheric anomaly status of any country, area or territory or of its authorities, or concerning the delimitation of its frontiers.
Recommended by Meatyorologist 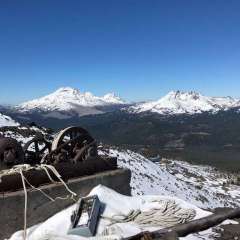 Didn’t want to post this in the main thread but I’ve had a pretty scary evening. Will NEVER use any type of dating app ever again. I had met this girl twice and we had seemingly hit it off and everyth

I do feel that I owe an apology to Jesse and DareDuck... I was totally speculating and I was wrong.

Just finished mowing. This is the best the lawn has looked in our five years here. There are a bunch of holes that will show back up once the weather dries out but for now it’s looking good.